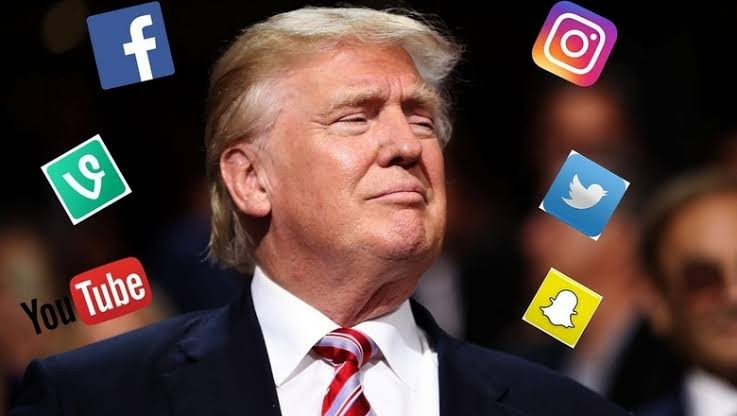 US president Donald Trump, has taken his war against social media platform, Twitter, to another level as he revealed he would delete his twitter if it weren’t for ‘fake news’, moments after he signed a new law against Social media companies on Thursday night.

Trump hit out at Twitter for not criticizing Obama for what proved to be false claims that people could keep their own doctors under the Affordable Care Act signed into law by Obama during his tenure as president.

He however praised Facebook founder Mark Zuckerberg, for stating that social media sites should not censor content posted to their platform.

Trump then said if it was legal, he would ‘shut down’ Twitter after signing an executive order that opens up social media sites to lawsuits by diluting their legal protection thereby making them liable for contents being censored by them on their platforms.

Trump’s renewed attack on Twitter comes days after Twitter flagged two of the president’s tweets, the first time the company was flagging any US politician’s tweets . The platform provided additional information, although it did not take down the tweets.

Trump then blasted Twitter for trying to shut down ”conservative voices” while promising to sign an executive order against the company, and on Thursday night did.Taking to his Twitter handle, Trump said;

In a follow up tweet, written in capital letters,  he added; “MAIL-IN VOTING WILL LEAD TO MASSIVE FRAUD AND ABUSE. IT WILL ALSO LEAD TO THE END OF OUR GREAT REPUBLICAN PARTY. WE CAN NEVER LET THIS TRAGEDY BEFALL OUR NATION. BIG MAIL-IN VICTORY IN TEXAS COURT TODAY. CONGRATS!!!

Trump ‘terminates relationship’ with WHO, withdraws all US funding

Israeli teenager on military service scoops ‘Most beautiful face of on...

Israeli teenager on military service scoops ‘Most beautiful face of on...

Donjos - January 2, 2021 0
A 19-year-old model has been crowned the most beautiful woman on the planet after securing the top spot of an annual beauty...